By Caroline Glick ~ The Trump administration may be just about done allowing the PLO to use the US as its piggy bank and punching bag. The same unfortunately cannot be said of the PLO’s Israeli supporters in the media, in politics and in the top echelons of the IDF. In his two-hour speech to […]

Soros thinks foreign countries are watching us on Facebook.

This week, the Montreal Gazette published an intimate and thorough look at the personal safety of employees at the Montreal General Hospital. While some readers might have found the accounts of assault shocking, I did not. Unfortunately, it happened to me too. In September 2014, I was a third-year medical student doing a mandatory psychiatry…

via It happened to me too: Resident describes hospital assault — Montreal Gazette

One of my favourite walks, especially when I don’t have much time is round by Threave Castle, built on an island on the River Dee near Castle Douglas by Sir Archibald Douglas in 1369. Known as Archibald the Grim because of his fierceness in battle he was Lord of Galloway and one of the most powerful men in southern Scotland.

I always think of this route as 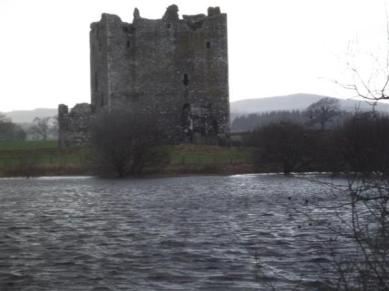 the osprey walk because it features an osprey viewing platform from which visitors can watch our pair of the ospreys on their nest across the river. That’s a post for later in the year when the parents – I hope – return to their nest.

Sometimes, I walk out from town, along the old railway line, which adds another forty minutes to the walk. On the days I don’t have much time but really need to walk I drive to the…

via Montreal abolishes infamous traffic and parking ticket quotas, bonuses tied to them —

the original game of hide and seek is god with his people, hester panim. god is saying come even closer you are too far away.

We have all heard many times the famous story of the meetings of the Chazon Ish and David Ben Gurion and things that were discussed there. I am referring specifically to the agreement that became the basis for the status quo on exemptions or deferrals of army service for the Haredi yeshiva students. The agreement…

After more than five years holed up in Ecuador’s embassy in London, Wikileaks leader Julian Assange may be wearing out his welcome. Ecuador is exploring options to resolve his status and is very much interested in mediation by a third party, Foreign Minister Maria Fernanda Espinosa told reporters Tuesday in Quito. “We have an enormous interest…

via As prime minister Netanyahu said, there are those who are for life hence for Israel or for death hence for terrorism — Live Inspired – L’Academy Of Life

An arson attack on a French kosher grocery store revived fears over antisemitism on Tuesday, three years to the day since an assault on a Jewish supermarket by an Islamist gunman. The store in the southern Paris suburb of Creteil caught fire overnight, days after it was daubed with anti-Semitic graffiti. The damage is […]

When religious congregation les Soeurs de Miséricorde erected a building on René-Lévesque Blvd. E. in the mid-1800s, it was with a specific purpose in mind: to shelter unwed mothers and orphans who had nowhere else to go. The site expanded through the years, eventually growing into a combination of buildings that included lodging, a school,…

By Corinne Weaver ~ Timing is everything, and if you’re going to argue that American women are oppressed by the current administration, the patriarchy, the wage gap, or ponying up for their own birth control, try not to do it while women are very publicly facing actual oppression of the jailing-beating-shooting variety. But CNN’s Brooke […]

Embracing the Butterfly Effect of Love